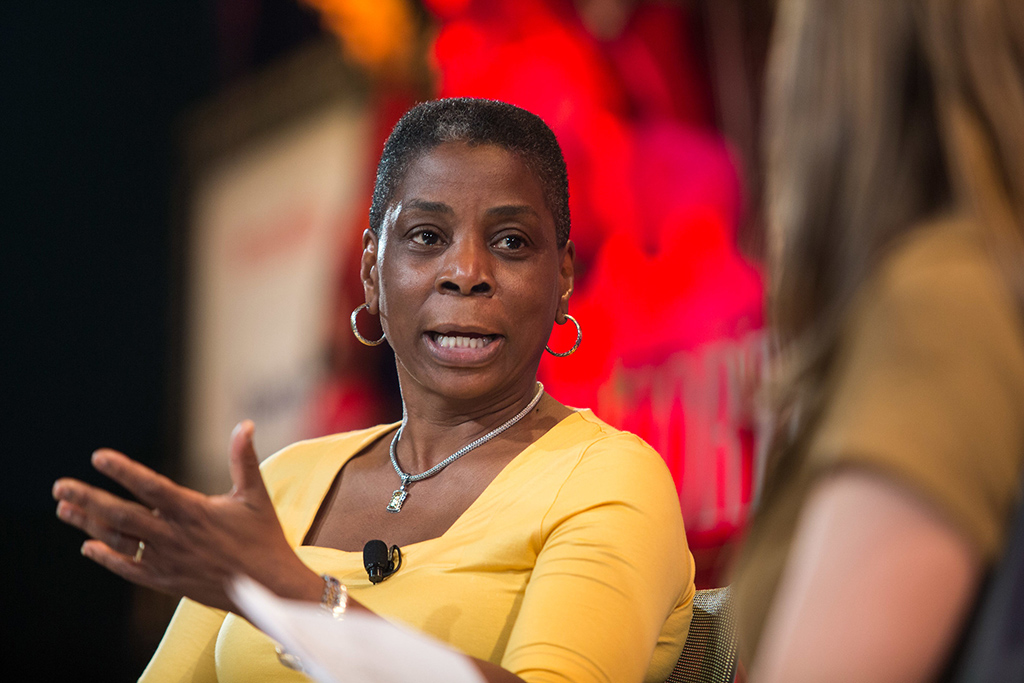 Who knew you could do both?

Motherhood has unfortunately always been thought of as a complication in the success of a woman's career.

However, let's talk about the skills Mothers and fathers need to be a parent: multitasking, functioning on barely no sleep, organisation, caring and having no real option but to do them at a pretty high standard. These sound like pretty great skills for a business woman, founder or employee.

We wanted to spotlight some women who are taking the business world by storm, alongside raising children...and these are only a few out of the thousands who deserve recognition. One thing seems to remain consistent and that is that people still believe family planning affects the success of a career and business and it is simply not the case. Perhaps it is naive to think that it does not change anything, but in a world of uncertainty and volatility, creating a business which is flexible and versatile to external, internal and personal circumstances is smart.

So here are our chosen women:

Not a bad one to start with. Whitney Wolfe has taken the dating world by storm and done it with a baby in her arms. She has been breaking through the glass ceiling for years and we are beyond grateful to her for paving the way for so many powerful businesswomen and mothers.

"The 31-year-old self-made billionaire became the youngest female CEO to ever take a company public on Wednesday as she rang NASDAQ’s opening bell from Bumble’s Austin-based offices. But that’s not all. Wolfe Herd’s 1-year-old son, Bobby Lee “Bo” Herd II, was attached snugly to her hip wearing a long-sleeved black tee with the company’s signature beehive logo.

“This is what leadership looks like,” Bumble captioned a photo posted to Instagram of the CEO and mom celebrating amongst yellow confetti and balloons with her son." (today.com, 2021) 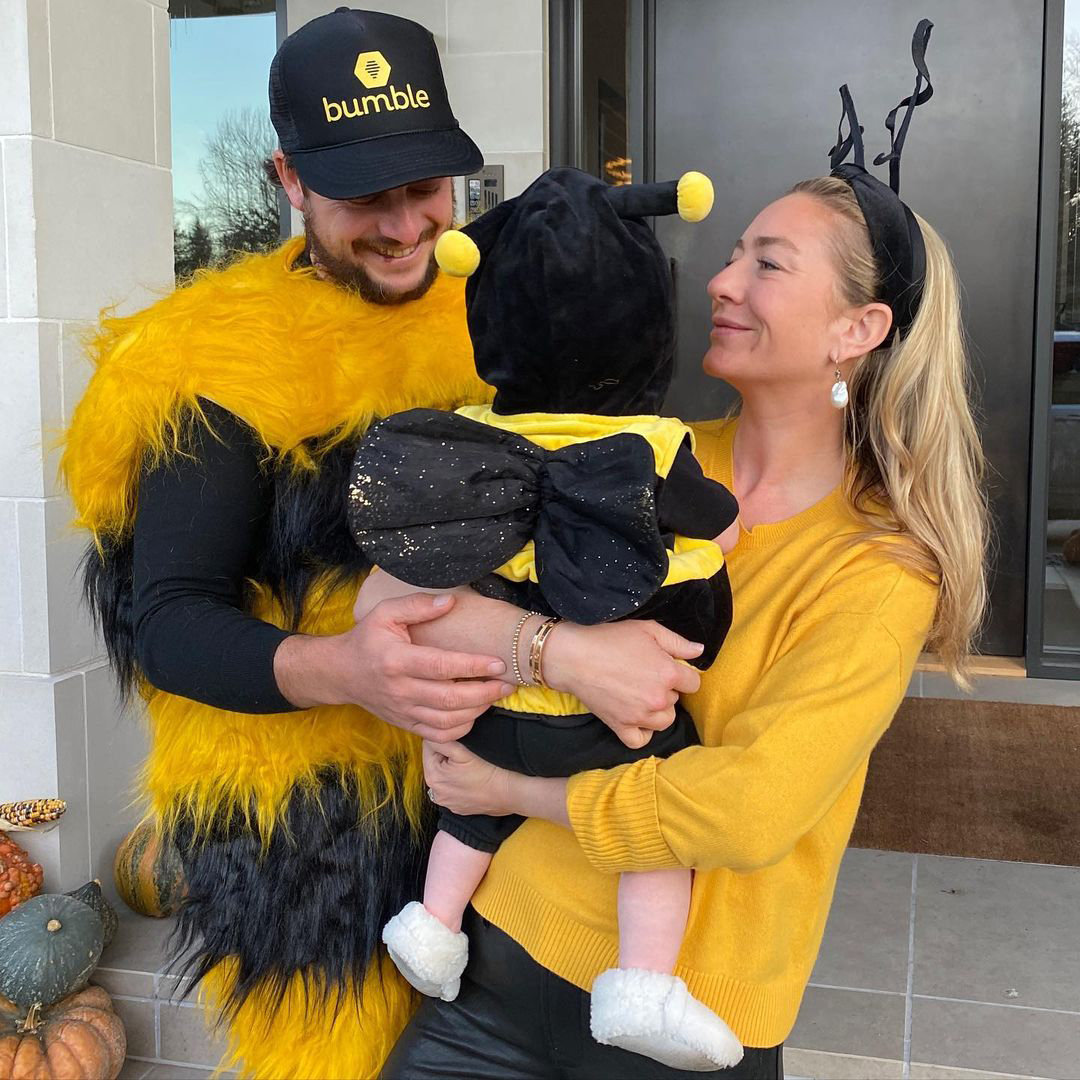 Katie Beauchamp is the CEO of multimillion dollar beauty subscription company Birchbox and alongside that she has built her family. She has championed the idea that having children should not be seen as something which hinders how successfully a job can be done.

In CNBC article Katie discussed that it should be a universal reality that when you find talented mothers in the workforce, you celebrate them, “not treat it as an inconvenience at your organization,” Beauchamp says.

A lot of Katie's discussions have been around the fact that parents make really good employees. Their work ethic is unparalleled and can transfer amazingly into a career.

“The best lesson I learned in becoming a mom is how hard it is, what strength of character, the amount of resilience, the amount of ambition you have to have to take it on,”

“I would be lying if it didn’t come with exhaustion sometimes. And absolutely, there’s moments when it doesn’t work, when you can’t have it all,” she says. Katie is asking for a change in the narrative and we are here for it. The topic does not always have to be what parents can still do but instead a more open chat about what being a mother or father can actually bring to a role.

“It felt like entrepreneurship prepared me to be a stronger mother. And then it felt like motherhood was giving me perspective that was just so needed and so useful as an entrepreneur.”

"When you stand at the door of a crowded room and feel daunted, know that at least half the people there feel the same way."

Super high profile entrepreneur, founder of The White Company and mother Chrissie Rucker seems to be unstoppable. Chrissie has been know for her ability to make things happen but just like Katie Beauchamp some of the traits which make her good at her job have come from being a Mother. Clarity, resilience, self belief, adaptability and passion are just some of the traits we often see in business leaders and also in parents.

Chrissie just like the rest of us is not perfect and in Sheerluxe article she said, "The truth is, with four children, dogs and horses, sometimes it works brilliantly and at other times it all goes pear-shaped! It’s something I have learnt to navigate over time." 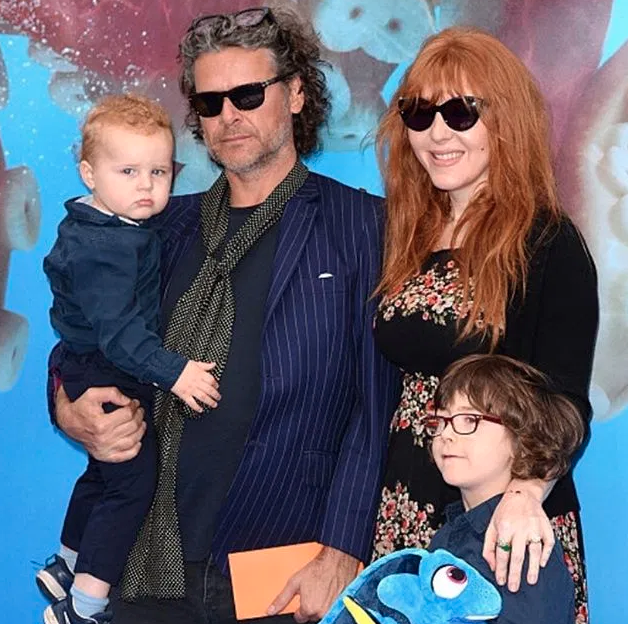 Icon. I'll just leave it there.

No no, only joking. But really? How does she do it. Charlotte Tilbury is an iconic make up artist and business owner but what you may or may not know is that she is also a mother of two. How does she manage to run her business, look after her children and still have time for a party?

In article by The Cut, she shared some tips. She discussed the importance of saying no to things, sometimes when it feels really wrong because there simply is just not enough time to do everything. She also said that she takes weekends off as much as possible to be with her children, although she can be a working robot during the week it is important to rest. Even Charlotte Tilbury takes time to rest, so we can too.

Charlotte appears to have a pretty positive out look on everything and that translates into the brand. Thank you Charlotte for reminding all of us that we do not have to choose just one version of ourselves.

Ursula is currently chairwoman of VEON after 6 years as Xerox CEO where she took a company that was only known for paper copies into a huge viable and profitable business.

Alongside all of this she was the first African-American woman to lead a Fortune 500 company and is founding member of Change the Equation, the non-profit organisation that helps boost STEM education. The list of successes goes on, and you would not even know that in amongst all of this she has raised her own children. Why do we not know this? Because it has not affected her ability to be an incredible business women. In fact it has probably contributed to her success. 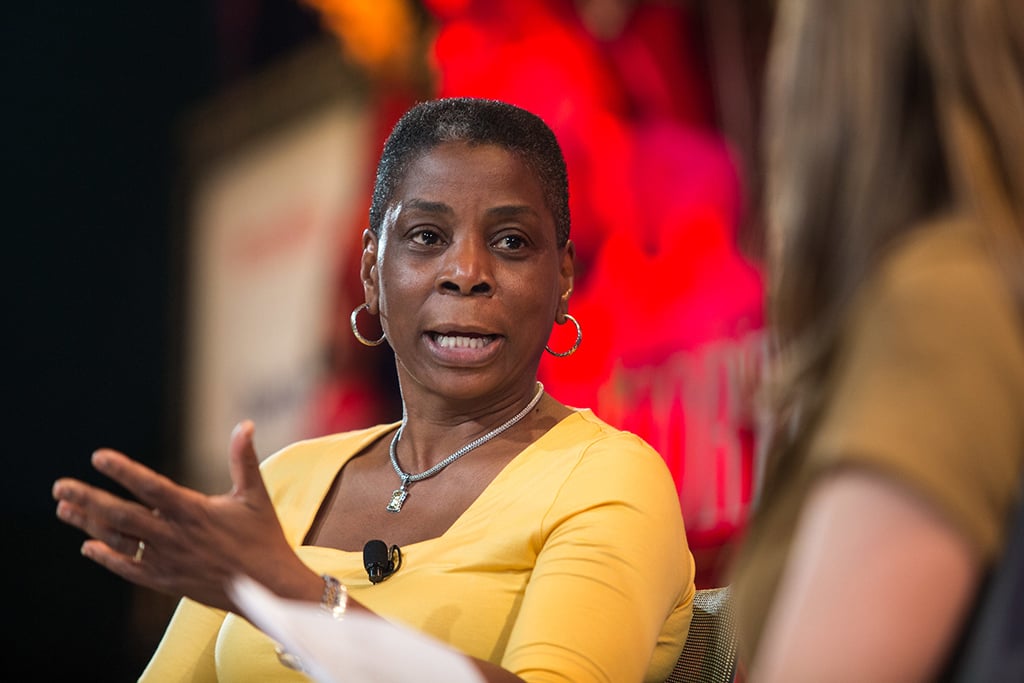 'Women are very good at multi-tasking; that’s not a myth. They’re conscientious and focused, and if you run your own business, you can exploit that without having to sit at a desk all day because someone else expects you to.’ (Daily Mail Interview)

Harriet Hastings really does take the biscuit, building her business from a laptop at the bedside of her seriously ill child. Biscuiteers was started with the desire to take back control of her time and spend a lot more of it with her children. Although the business may have been born by a hospital bedside, nothing about it has been small as it now is a multi-million pound success story.

Harriet highlighted in her interview with the Daily Mail that there is still a lack of female founders and she believes this comes to money and access to finance.

"A big part of the problem, says Harriet, is a lack of female bankers. ‘When I decided to accelerate the growth of the business and went out to get serious investment in 2016, I found the world around venture capital incredibly masculine,’ she says.

‘It’s the way it’s presented, the way it’s delivered. Inevitably, you’re having to pitch your business constantly, which is perfectly reasonable, but almost all of the people I ended up talking to were men. Very often I was the only woman in the room.’ In fact, only 18 per cent of people making investment decisions in banks and venture capital firms are women. And attitudes within the industry do not appear to have kept up with a changing society."

Hopefully through women like Harriet speaking out attitudes within industries will change. 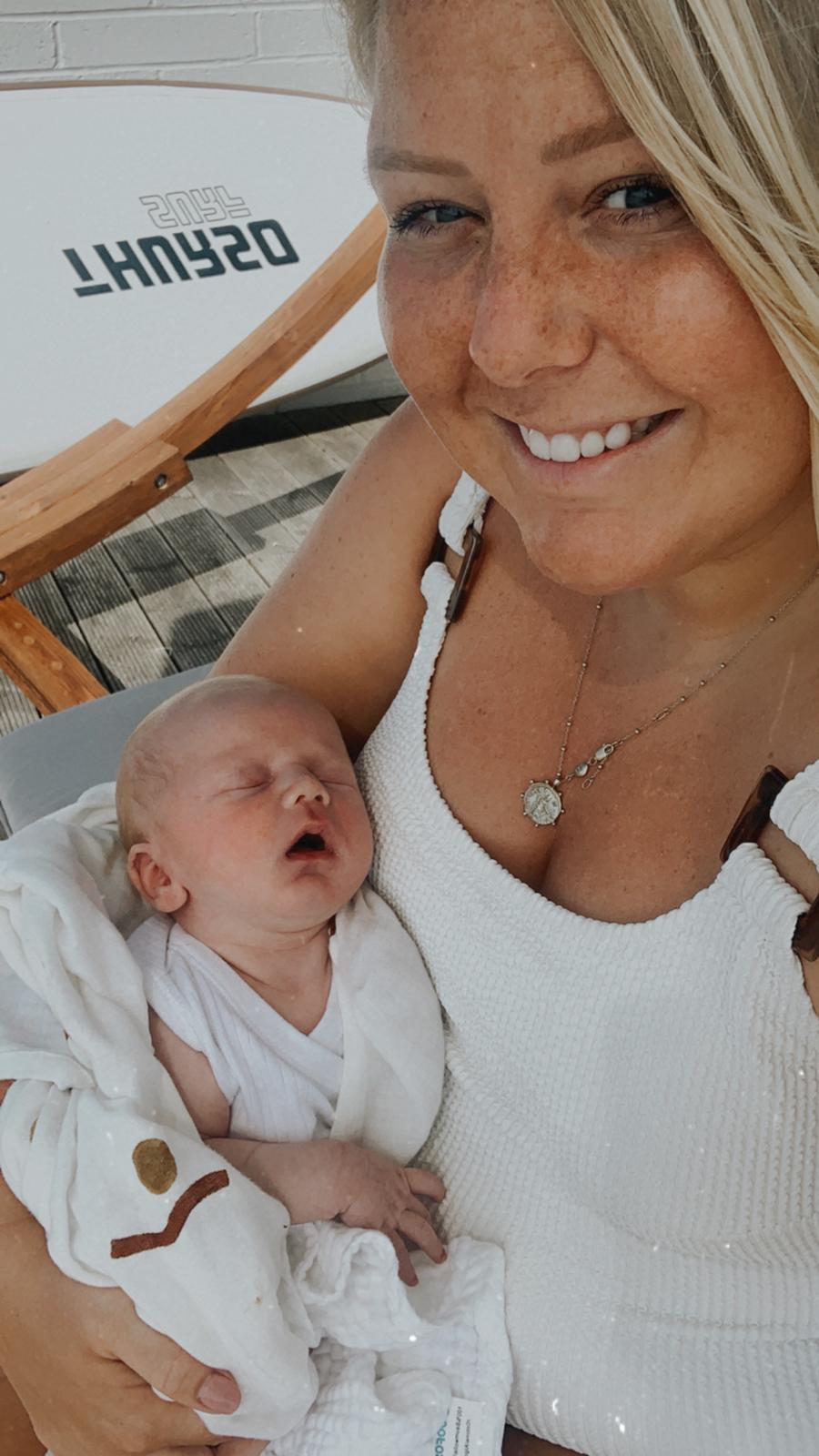 I could not possibly have written this email without mentioning our very own CEO.  Charlotte truly is the CEO putting human connection back into the centre of the business world and now she is also proving that business success and motherhood can most definitely work hand in hand.

In a recent interview we spoke about the past 18 months and what Charlotte has learnt. Her main takeaway was to run towards the obstacles not away.

“You've got to kind of run at it and not run away from it and actually a lot of growth and a lot of happiness can come out of what can be a really horrible time to begin with.”

During our interview Charlotte spoke about how she has learnt to completely change what her 100% looks like. You can't attempt to give 100% to work, 100% to family, 100% to friends. It is impossible.

Like so many of the women I have spotlighted today there was a similar experience for Charlotte when she told people she was having a baby.

"I was telling various different investors and stakeholders in the business. I did get that, "what are we going to do about this?"  Whereas if my male co-founder Andrew had said he is having a baby, he wouldn't have got the same line of questioning and that just is how the world is...I did stand-up for that and said no, this isn't a problem. This isn’t an issue.

In fact, you watch, this is the best thing to ever happen to the business."

Charlotte, we are so proud that we can put you up next to some of the most inspirational women in business and you really do deserve it.

If you want to hear more about Inkpact, what we do and find out how we could help you then please do book a call or email hello@inkpact.com

Tags: CRM strategy, retail, Women in Business, Humans of Business
Back to Blog

Why 2019 is seeing the renaissance of handwritten direct mail

Why We’re Launching Personalised Corporate Gifting: A Note From Our CEO

My seven-year old son is never that impressed when I sit down and tell him how important it is to...
Read More